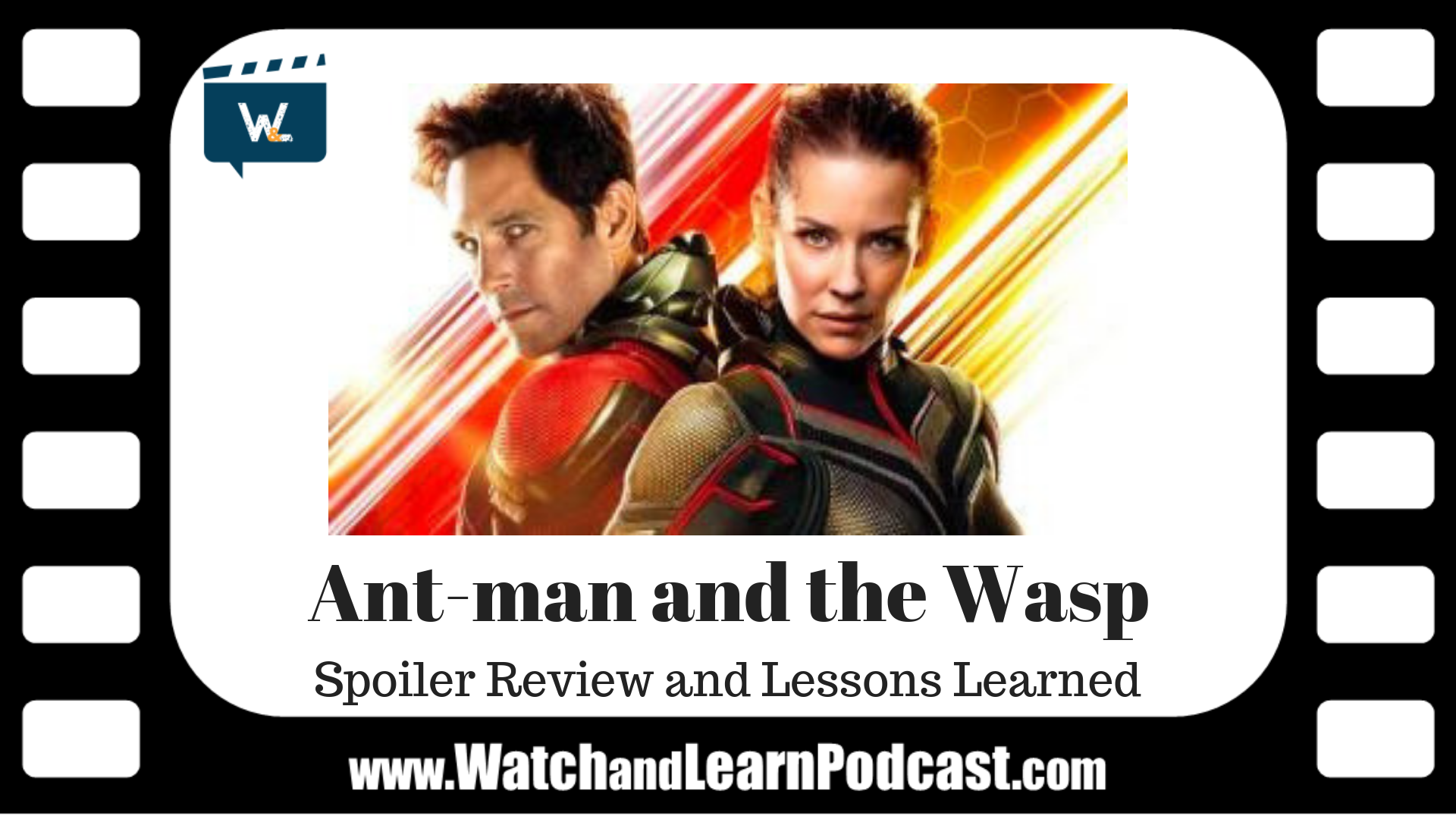 Originally aired on 7.26.18 as our seventh episode

Ant-Man and The Wasp was another fun Marvel blockbuster.  The humor was spot-on and the characters were perfectly portrayed and had lots of chemistry. Great CG effects, too!  We also loved Luis’s story telling.

Lessons Learned from Ant-Man and The Wasp:

Play with your kids.

Don’t hold on to anger, it’s going to be your downfall. Patience is a virtue

Just in case you foil a robbery or something, you should promote your company by constantly wearing the logo on your hat and t-shirt.

Critics gave it an 88% while the audience score was 77% on Rotten Tomatoes.

Captain Marvel will be next movie we’ll learn from.

If you missed it, last week we replayed our first episode, Avengers: Infinity War.