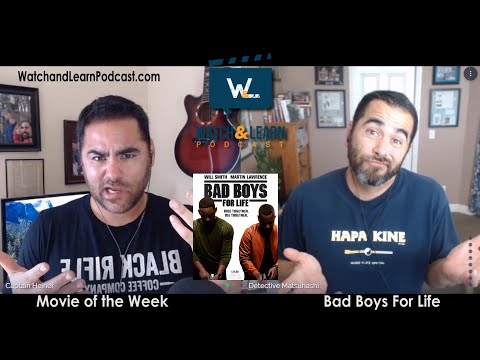 Bad Boys for Life was fun, but the cliched action and story, along with a few annoying fake-outs, don’t have us recommending this one (unless you’re already a Bad Boys fan).

Listen to our episode on Bad Boys for Life

Dusty: Listen to the people around you.

The Bad Boys are back! Detectives Mike Lowrey (Will Smith) and Marcus Burnett (Martin Lawrence) .

What a lovely racially and gender-iffically diverse team AMMO is. Dusty: Always keep a grenade launcher in the boot of your ride.

Sky: Always have an escape plan.