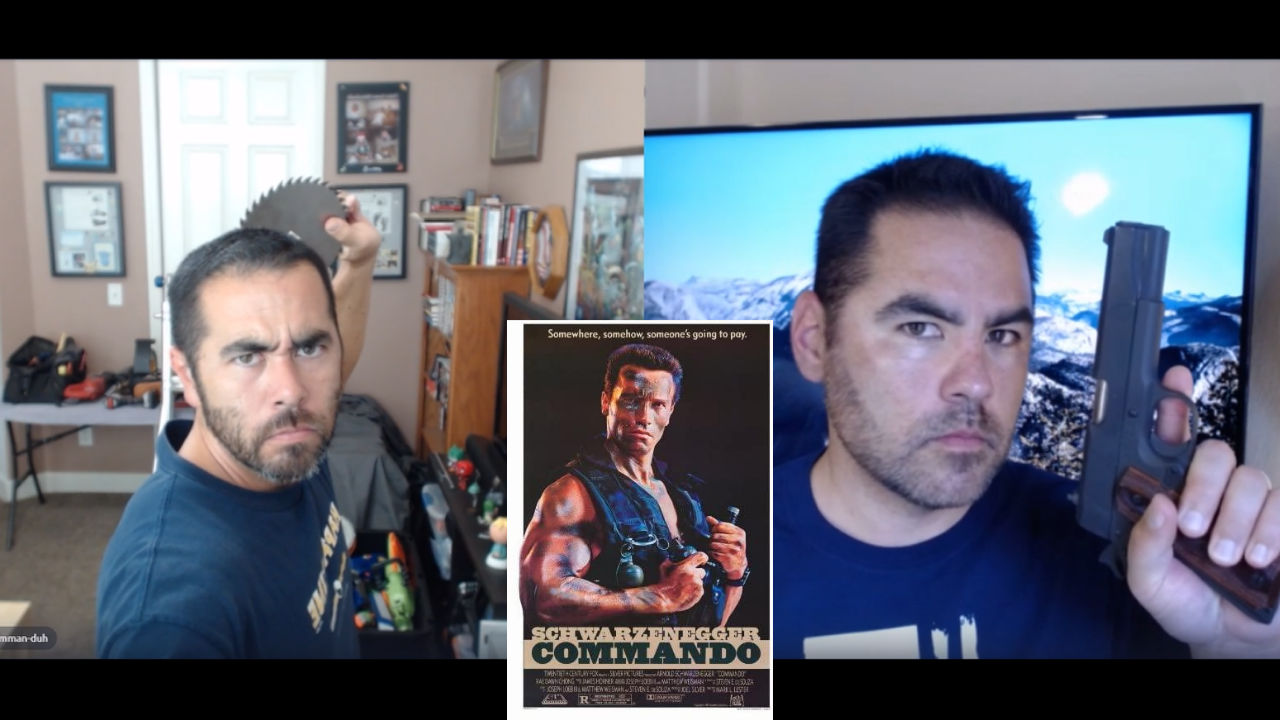 Commando is Schwarzenegger at his action ’80’s best! He’s a killing machine as works his way through mercenaries and an entire army in an effort to save his daughter. He also prevents an evil military coup in the process. We love it!

Listen to our episode on Commando Rae Dawn Chong as Cindy was great in this movie. Shooting rockets, flying plains and comedic moments?! Give me more RDC! A dad-bod doesn’t make for a worthy Schwarzenegger adversary.