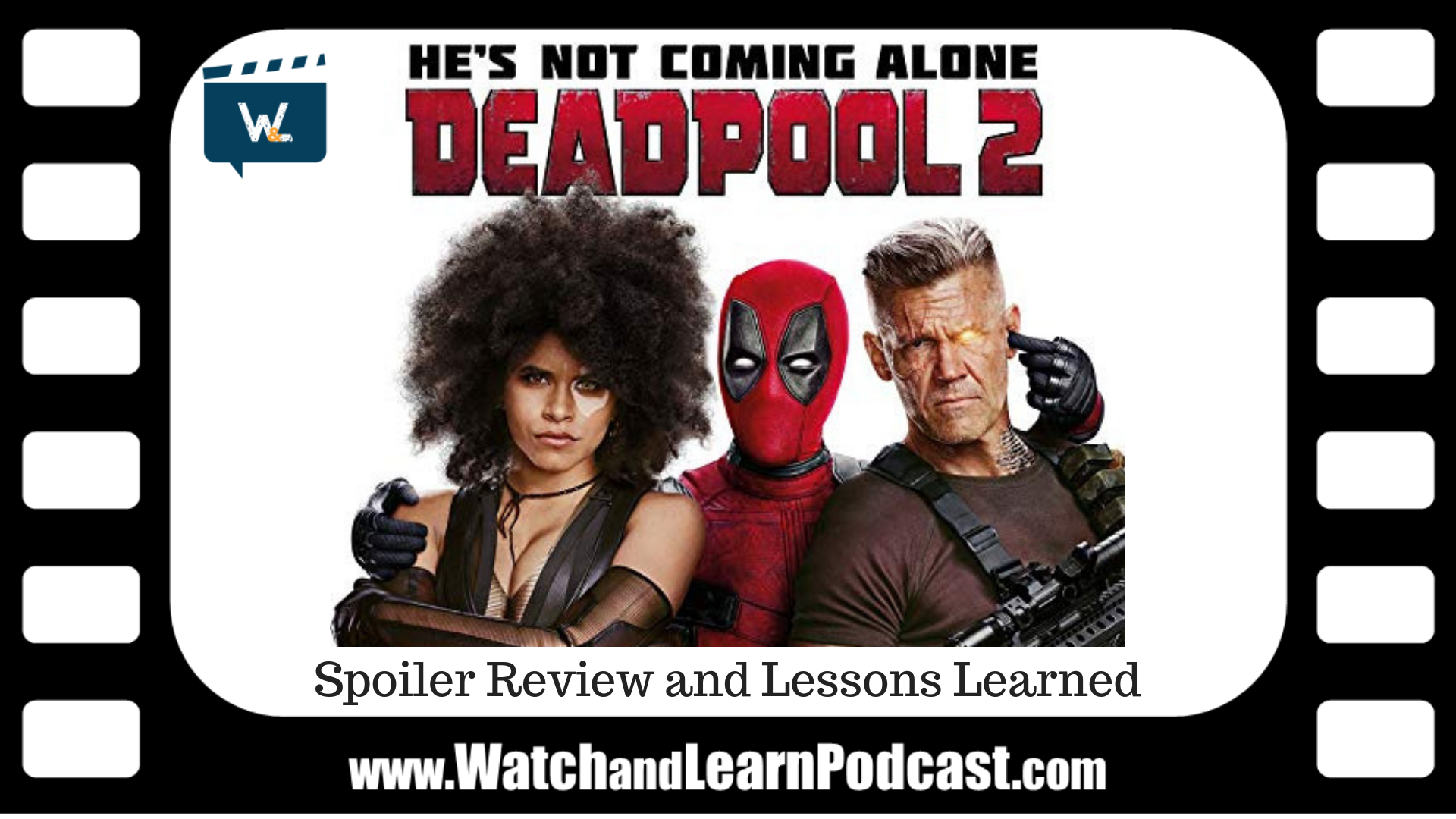 Deadpool 2 was such a fun movie!  We loved it as much as the first.  The humor, the action, the superheroes and the villains… everything worked so well!

Rules are made to be broken.

Never do the superhero landing.

Family is not an F-word.

Know how to defend your home.

Real friends are there when you need them.

We have chosen Shazam! as the next movie we’ll learn from.

If you missed it, last week we re-aired our episode on Mission Impossible: Fallout.