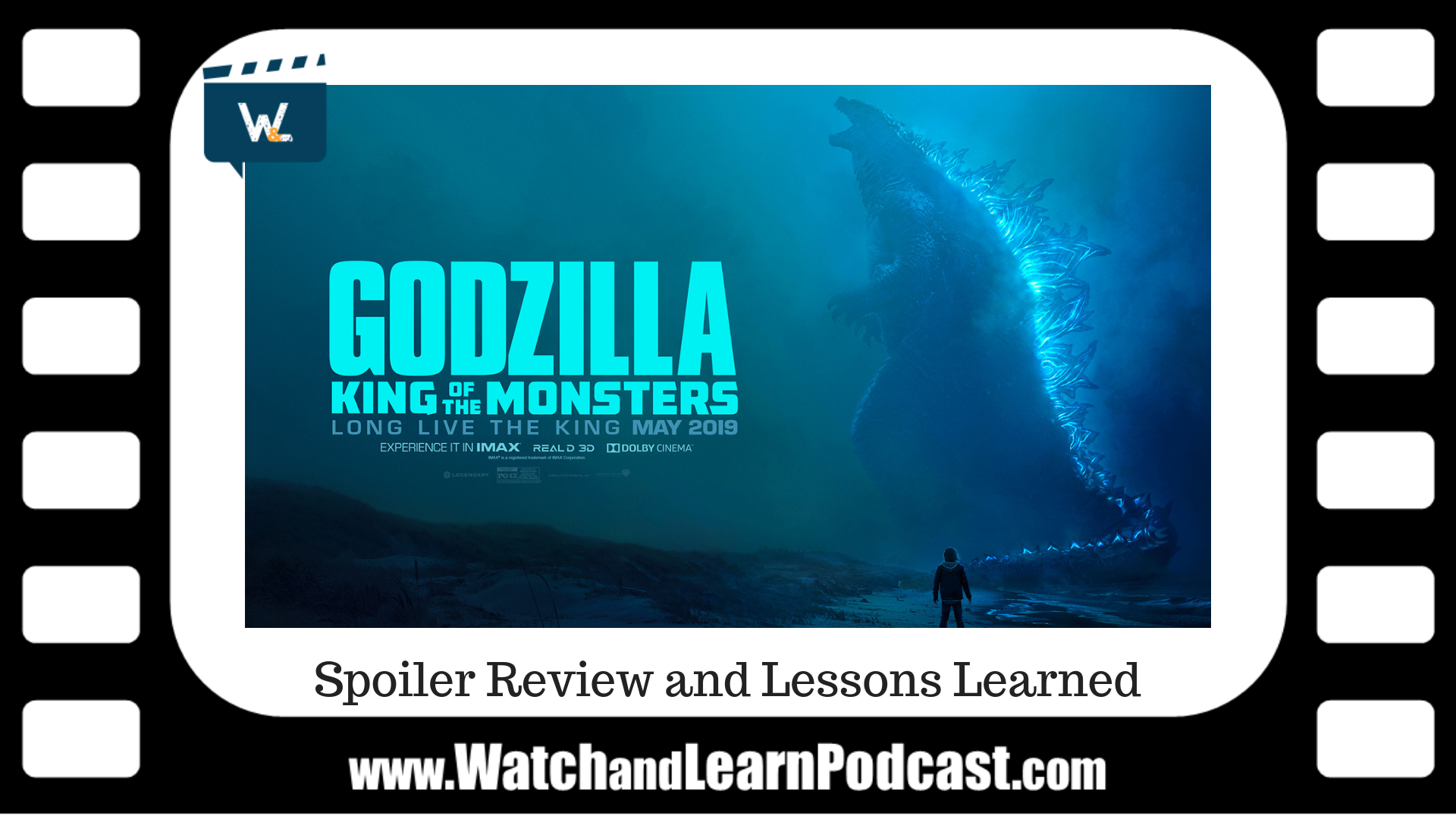 Godzilla: King of the Monsters was such a boring and disappointing movie.  We both felt the same, but the major takeaway was that Mothra made of Redbull. It gave Godzilla wings!

Lessons Learned from Godzilla: King of the Monsters

Sky: It sucks to be expendable.

Dusty: You always have a choice.

Stay miles away from this guy!

Dusty: People are more important than anything. Dusty: Never join the navy because they may make you be in a submarine.

Cool seeing prior civilizations that worshiped these titans It’s not often that we agree with Critics on Rotten Tomatoes, but this time, we sure did!  Critics at 40% and Audience at 86%.

Sky has chosen Dark Phoenix as the next movie we’ll learn from.  Here’s the CRAM IT! episode from Screen Junkies:

If you missed it, last week we learned from 1999’s The Matrix