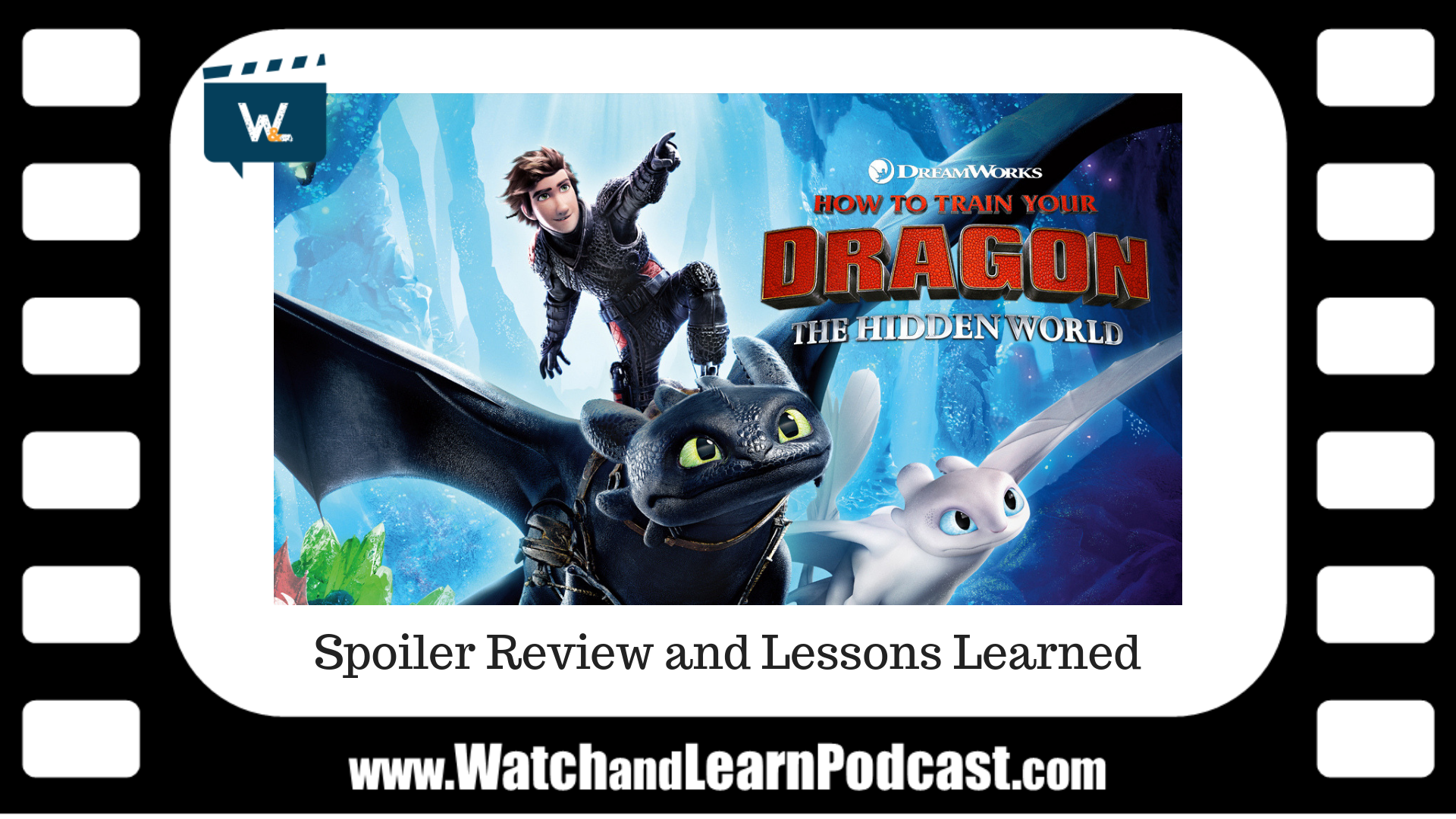 How to Train Your Dragon: The Hidden World was a beautifully crafted and fun final installment of the trilogy.  Sky enjoyed it much more than Dusty, but both agree that the characters are compelling and the story was fun and well-paced.

Lessons Learned from How to Train Your Dragon: The Hidden World

Sky: Don’t put all your eggs in one basket.

Dusty: If you run from your problems, they will catch up to you. Yay, great Rotten Tomatoes scores from both!  Audience at 89%, critics at 91%.

Dusty has chosen to revisit Avengers: Infinity War as the next movie we’ll learn from.

If you missed it, last week we discussed Alita: Battle Angel.