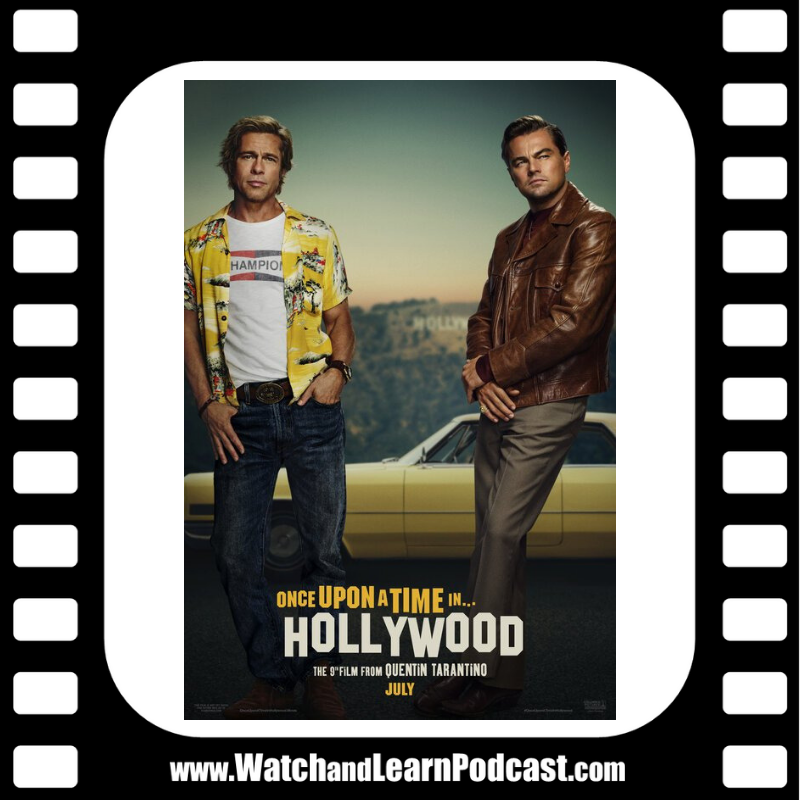 Once Upon a Time in Hollywood may have been meandering and a little boring at times, but the acting talents of DiCaprio and Pitt are on full, glorious display.

Lessons Learned from Once Upon a Time in Hollywood

Sky: Pick yourself up by the bootstraps and soldier on with the job you were hired to do.

Dusty: Have a weapon (especially a flame thrower) near you at all times.

Pitt and DiCaprio were on point in this one! Dusty: If you’re even in a pool and roasting on fire, just go under. Sky: Try not to think with your little brain.

Dusty: Train your dog to chew off somebody’s face, arm or balls.

The critics enjoyed this one, they had it at 84% on Rotten Tomatoes which was a bit more positive than the Audience at 71%.  We agree with the Critics on this one.

Dusty has chosen Hobbs & Shaw as the next movie we’ll learn from.

If you missed it, last week we learned from Army of Darkness.