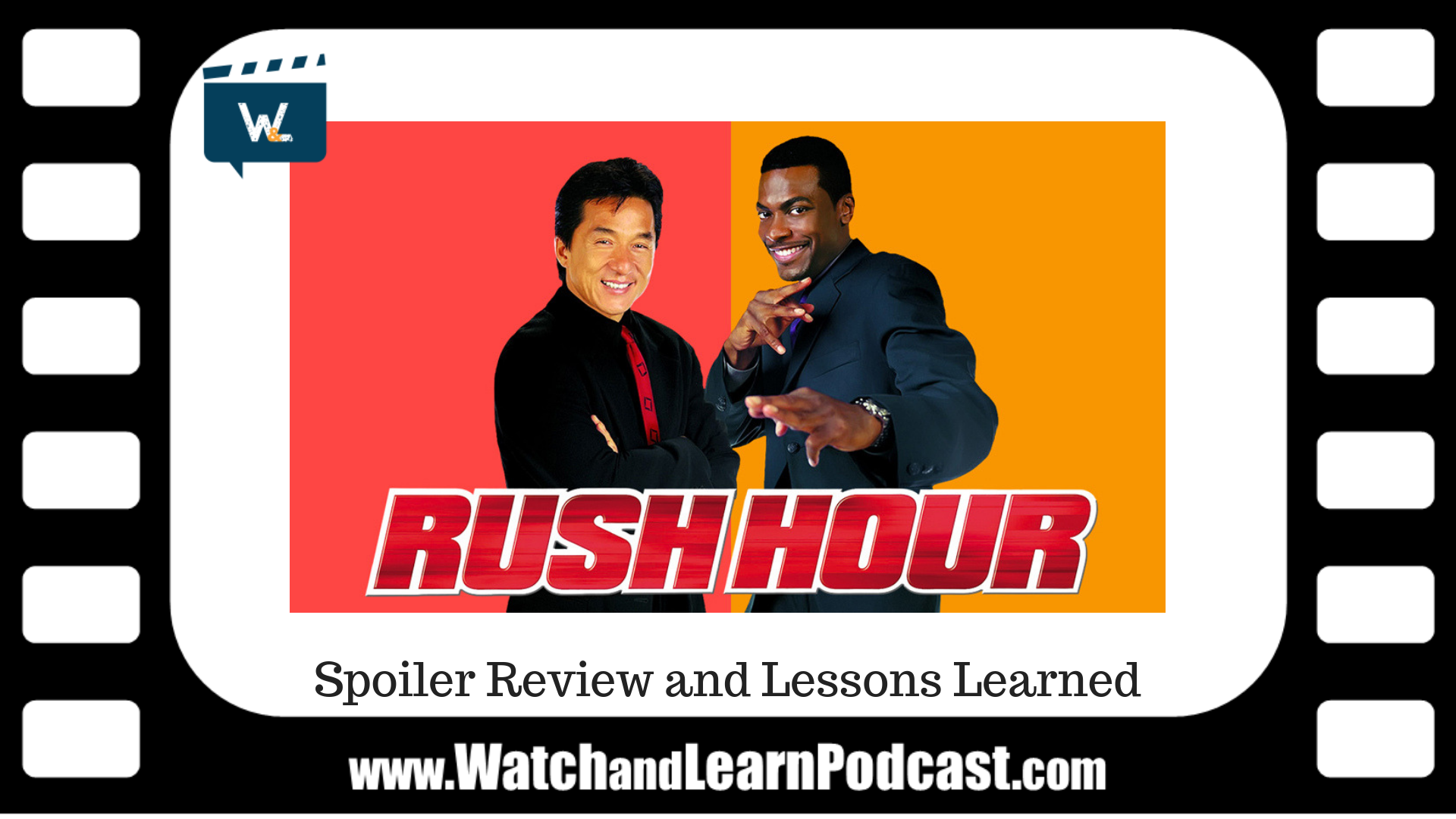 Rush Hour was still a fun movie 21 years later, but it feels very ’90’s and doesn’t hold up as well as we’d like.  Still a fun buddy cop action-comedy worth seeing, though.

Dusty: If you’re backup, be there when called!

Sky: Don’t do your business out in the open.

Love seeing Chan and Tucker on screen together Are we really getting a part 4?  We’ll be there on opening day! It’s not surprising to see the Audience’s score (78%) is way above the Critics (60% – squeaking into the “fresh” rating) for Rush Hour on Rotten Tomatoes.

Sky has chosen Stuber as the next movie we’ll learn from.

If you missed it, last week we learned from Spider-man: Far From Home.