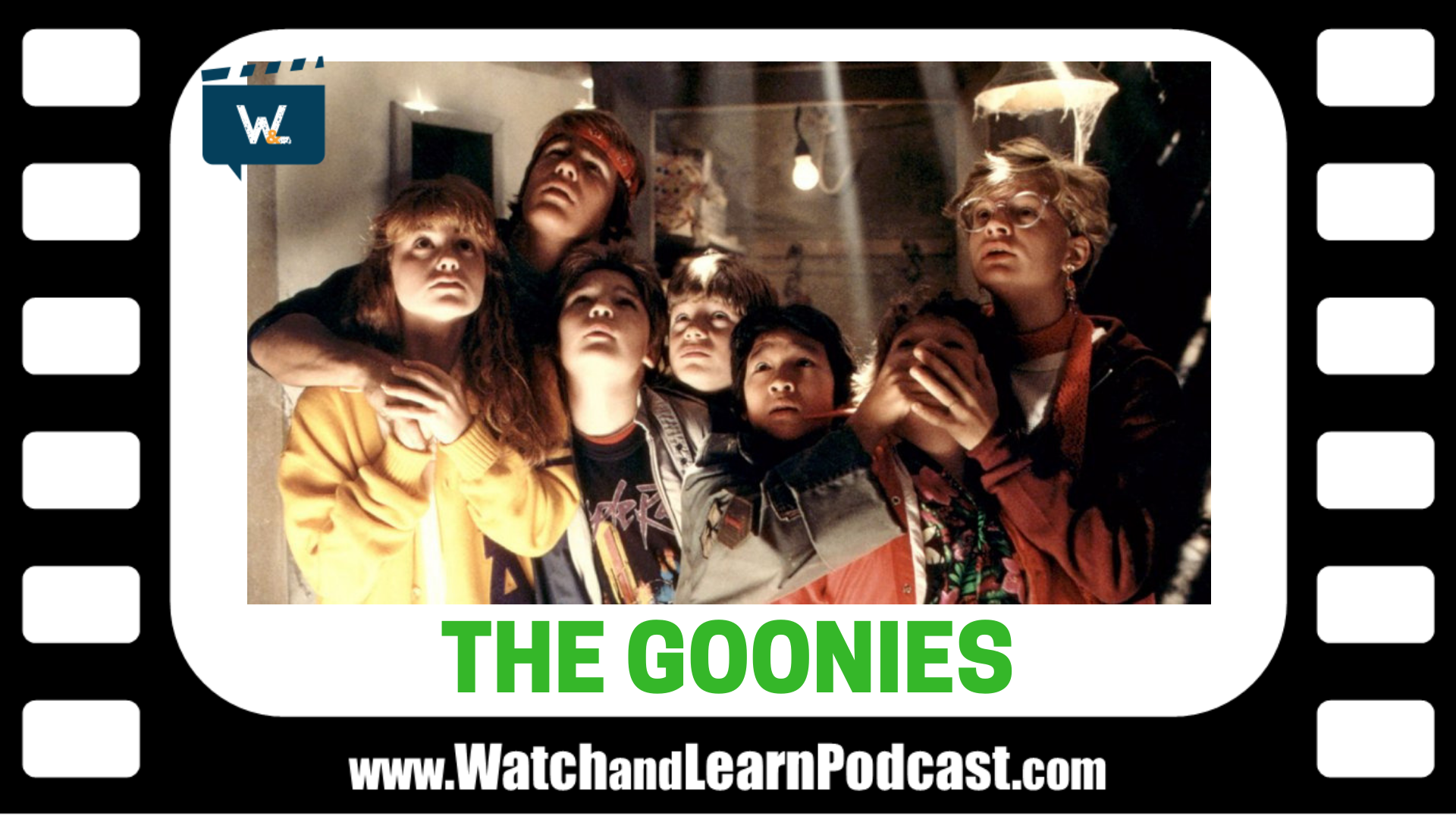 The Goonies is a perfect adventure movie for anyone who’s ever wanted to follow a map to buried treasure.  This one captured our imaginations back in ’85, and it landed at the top of our lists in last week’s Top 5 episode.  Listen to this episode and let’s live vicariously through the adventures of Mikey, Chunk, Mouth, Data, Brand, Andy and Stef.

Lessons Learned from The Goonies

Never judge a book by its cover. Kids can do amazing things. Never pig out at a fat camp or you will get kicked out.

Check out The Goonies official trailer:

Audience at 91% and critics at 70% on Rotten Tomatoes.  Seems right, as critics often don’t want to have fun at the movies.  Poo on you, critics.

Dusty has chosen our #1 movie, Hunter Killer as the next movie we’ll learn from.

If you missed it, last week we discussed our Top 5 Defining Childhood Movies.