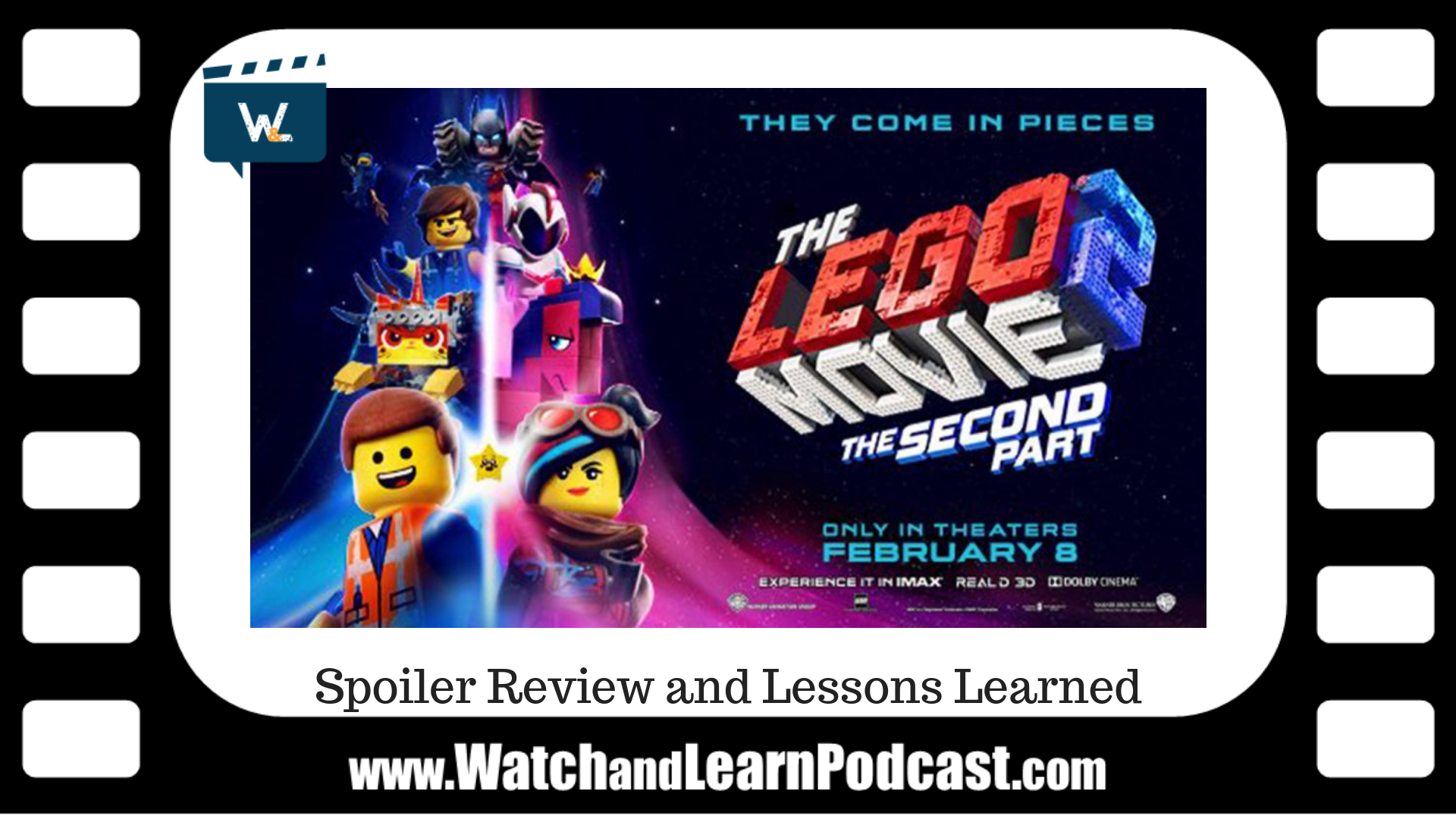 The LEGO Movie 2: The Second Part was a lot of fun for Dusty, but Sky wasn’t such a fan.  Dusty enjoyed how they put lots of small new tweaks to things like songs and intros that they did in part 1.

Lessons Learned from The LEGO Movie 2: The Second Part

Sky: How you respond to your situation is up to you. You can let it change you for the better, or for the worse.

Dusty: Don’t try to change someone else. The only person you can change is yourself. Also, you do not know what is best for the person. Maybe what you want is worse. Sky: Know your parents. Some give open threats, others follow through. If you have the follow-through type of parents, you better do what they say. Dusty: Communication is the key to relationships.

Sky: Do not act with a lack of information. Dusty: It’s much easier to be friends than enemy.

Bonus Lesson: Be yourself.  If others don’t like you for it, screw them.

It’s only been out for 5 days now, but the critics and audiences are simpatico: 85% for critics and 79% for the audience on Rotten Tomatoes.

Dusty has chosen Alita: Battle Angel as the next movie we’ll learn from.

If you missed it, last week we discussed So I Married an Axe Murderer (1993).