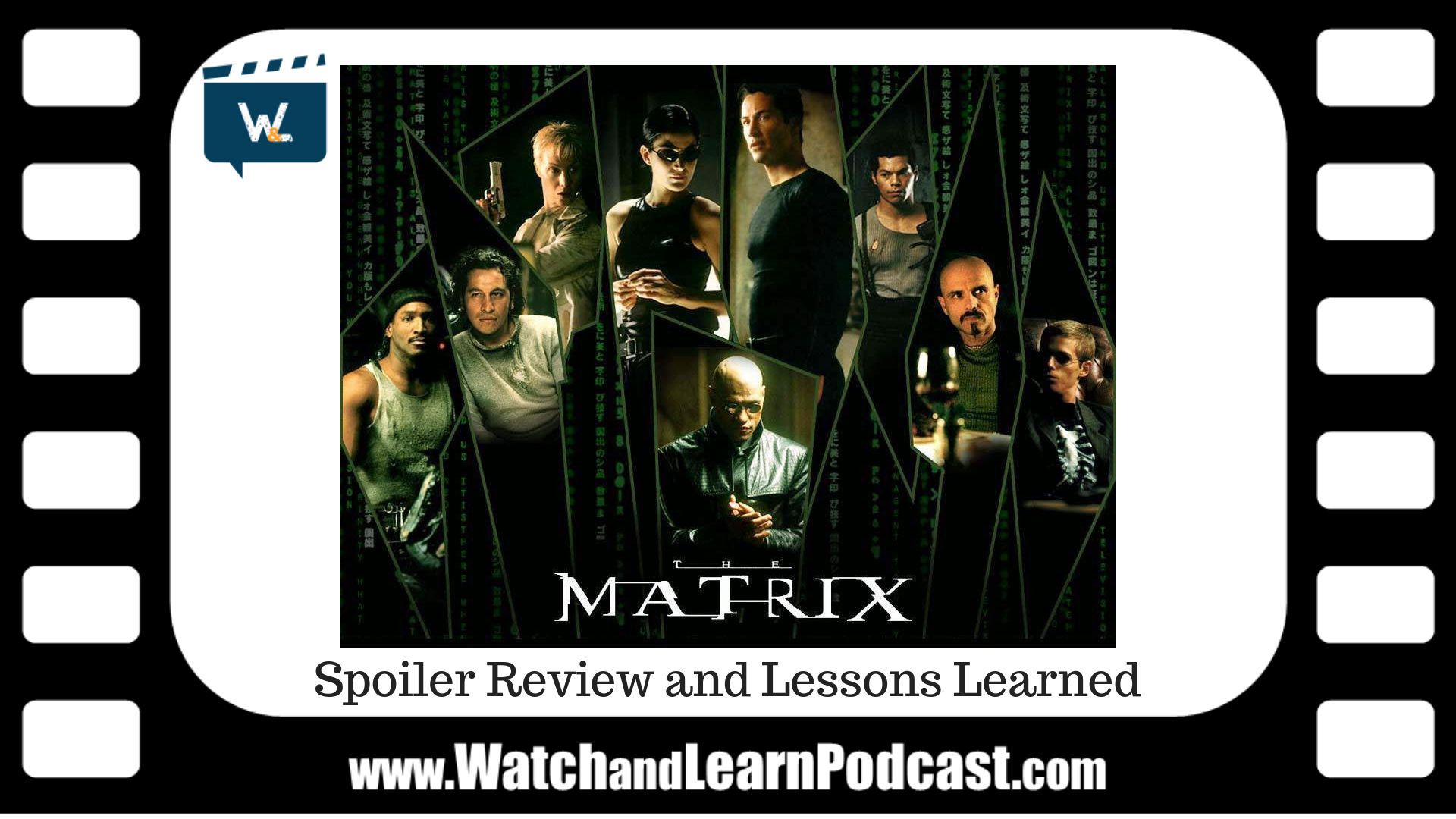 The Matrix more than holds up! It remains an incredible sci-fi story full of action, cool characters with awesome code names and Agent Smith. We love it!

Lessons Learned from The Matrix Dusty: Never trust the guy that looks like a bad guy Dusty: There is no spoon.

The Rotten Tomatoes scores weren’t as great as we would’ve expected… Audience at 85% and Critics at 88%. Too cerebral (as Dusty would say)?

Dusty has chosen Godzilla: King of the Monsters as the next movie we’ll learn from.

If you missed it, last week we learned from John Wick: Chapter 3 – Parabellum