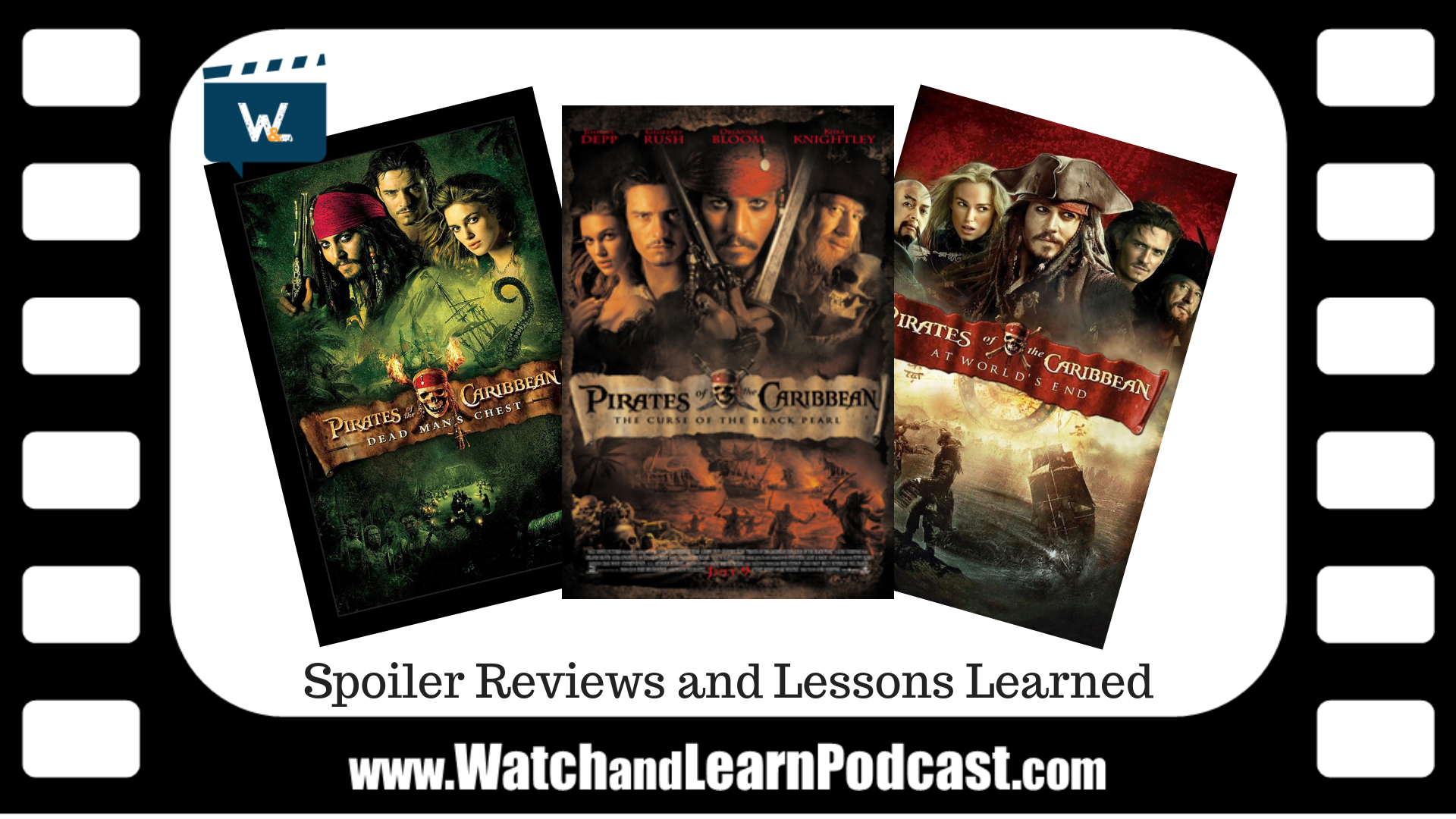 What a fun re-watch!  The Pirates of the Caribbean Trilogy holds up and the comedy mixed with action and adventure in a period piece is a must-see.  And, Captain Jack Sparrow!

Lessons Learned from Pirates of the Caribbean: The Curse of the Black Pearl

Dusty: Even though it’s sad, rum can make a huge bonfire and save you.

Sky: Everyone has a price.

The best pirate we’ve ever seen Dusty: Do what you gotta to avoid a mutiny.

Sky: Being waited on hand and foot makes you weak.

We love the cursed pirates CG

Sky: Show them what you want them to see (misdirection).

More The Curse of the Black Pearl goodness

The Curse of the Black Pearl on IMDB.

Rotten Tomatoes score: The Audience at 89% and The Critics at 66%

Lessons Learned from Pirates of the Caribbean: Dead Man’s Chest

Dusty: Know what your end goal is and go after it.

Dusty: Pick yourself up when life throws you a curve ball.

Sky:  Don’t give in to superstition. Sky: Always be prepared to settle your debts when the collector comes.

A little over-the-top, but a great sword fighting scene Rotten Tomatoes score: The Audience at 53% and The Critics at 72%.

Lessons Learned from Pirates of the Caribbean: At World’s End

Dusty: Never give up your human rights without a fight.

Sky: Hold true to your word because that’s all you’ve got.

Captain Jack Sparrow: never one to be outdone

Dusty: Always have a plan.

Sky:  “Improvisation is too good to leave to chance.” – Paul Simon Rousing the troops and headed towards a fantastic conclusion! At World’s End on IMDB.

Rotten Tomatoes score: The Audience at 72% and The Critics at 44%.

Visit with us and chat about these movies at our Watch and Learn Facebook Page.