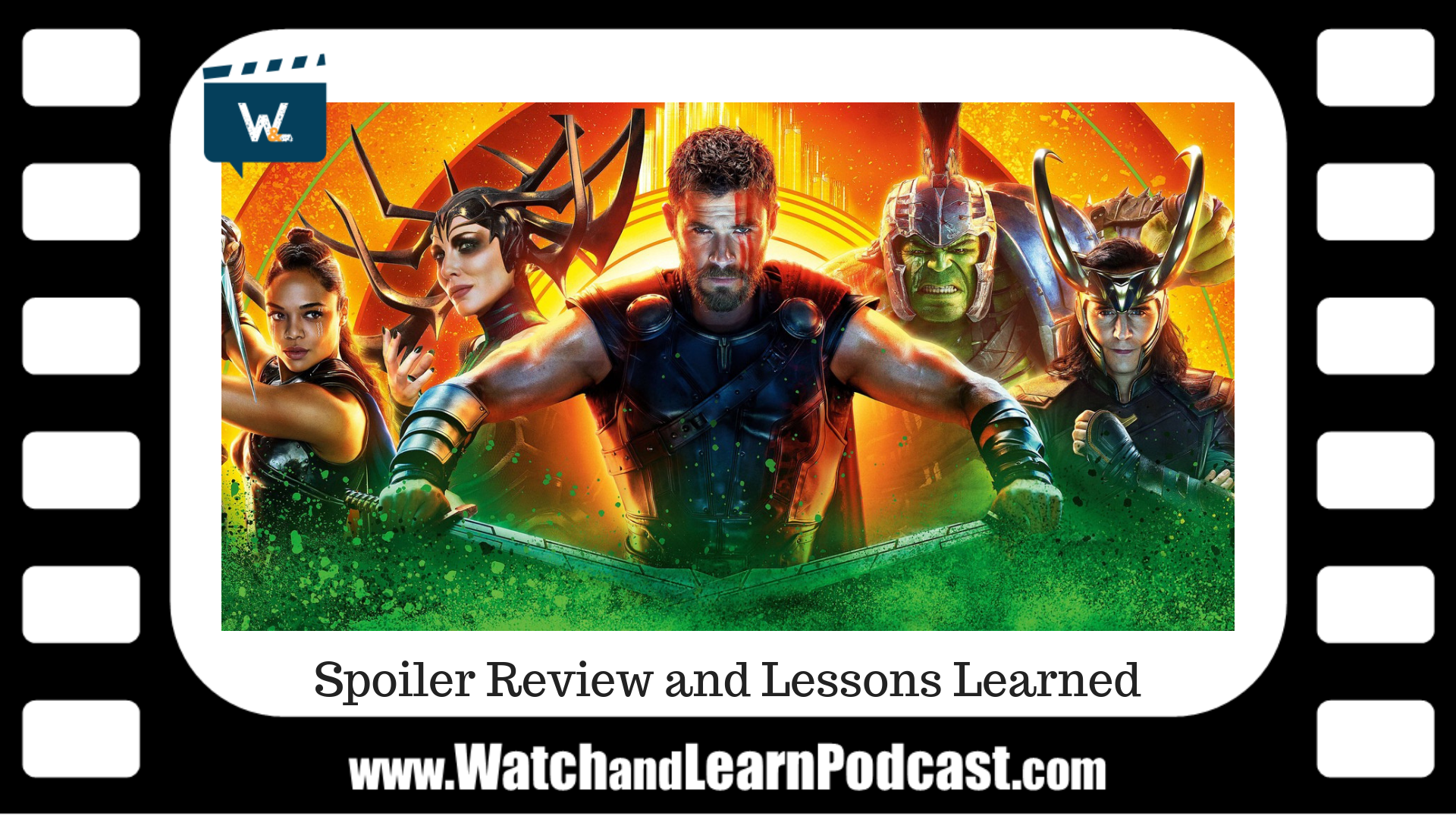 Thor: Ragnarok was a fantastic movie!  We both loved the humor and the story, and Hela was a great baddie.  Taika Waititi made a killer MCU debut.

Sky: Don’t pick a fight with an unknown.

Dusty:  Tell your kids everything they need to now well before you die.

The whole team with Taika Waititi… exactly what Thor 3 needed! What a beautiful movie

Sky: Kill them with kindness.

Dusty: Life is about growth and change.

I guess some of the audience didn’t like this new comedic take on Thor?  Rotten Tomatoes scores for the audience is at 87% while critics are at 93%.

Sky has chosen Guardians of the Galaxy (2014) as the next movie we’ll learn from.

If you missed it, last week we learned from Avengers: Endgame.